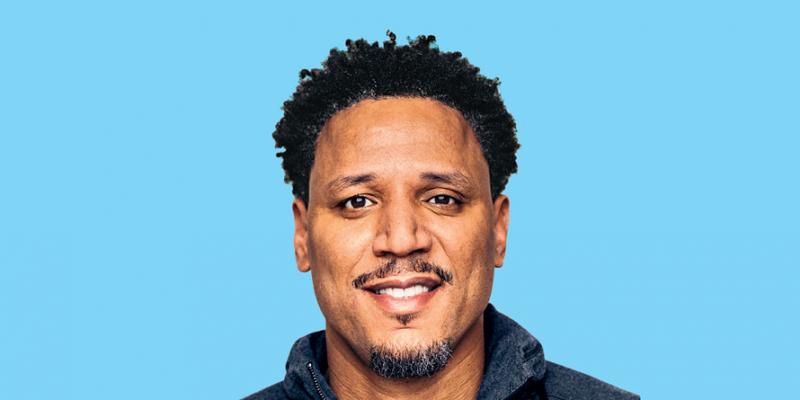 Brian Grant is best known for his power and tenacity on the basketball court.  The 6- foot-9 athlete enjoyed an illustrious career, during which he went toe-to-toe with basketball adversaries on five different NBA teams.  Today, he has a new opponent— Parkinson’s disease.  Like other people living with PD, he endures frustrating symptoms such as hand tremors and involuntary foot-tapping.  But he’s taking the same in-your-face approach that he used when squaring off against competitors.

“I wasn’t the best power forward on the court, but I never let anyone beat my effort.  I always worked hard on the things I could control.  I gained people’s respect through that hard work,” Grant says.

Even after his hand tremors began, he entertained offers to become a TV sports commentator.  He bowed out after tremors became more noticeable.  He assumed that old injuries were to blame, but in 2008, he was diagnosed with early-onset PD.  He was 36 years old.

As a professional athlete who had always depended on his ability to control his body, he was hit hard by the diagnosis.  “The first thing I thought was, ‘Is this going to kill me?’” he says.  “After I found out it wasn’t terminal, I wanted to know everything I could about PD.”

As a celebrity, he quickly realized he had access to the best resources available, and he wanted to share the information he gathered with others who weren’t so fortunate (or famous).  He channeled his charisma and the focus of the Brian Grant Foundation into making the organization’s website a Parkinson’s resource: It provides instructional exercise videos, healthy recipes, and tips to help people with Parkinson’s and their caregivers lead active and fulfilling lives.  The site also has advice about how to talk to children about PD—something Grant, a father of eight, knows plenty about.  “The first time I went to a Michael J. Fox event with my son Jayden, he was a bit overwhelmed with the reality of Parkinson’s as he learned more about how the disease was going to impact my life,” Grant says.  “My son’s eyes got big and he squeezed my hand because he was scared.  He was thinking ‘Is this what my dad has?’  But he doesn’t think like that anymore.”

True to form, Grant keeps his children informed about his status and his growing legacy as someone who is raising awareness about Parkinson’s.  His foundation’s message to live well now and take control by using the tools he has found helpful is a philosophy he models in his own life.  “This is one disease you can manage, to a point, through exercise and nutrition,” he says.  “I see too many people waiting around for a cure.  Although I want a cure, too, I’m more concerned about what you are doing for yourself today.”